Breaking the Neigh-Neigh and Back Again

I tipped it over the edge of the kitchen table early one morning, the hand-blown blue glass bowl made for me by one of my employees over a decade earlier.

I tipped it over the edge, and I knew in that sickening second that there was nothing I could do to stop it.

I had moved it from the coffee table so my nephew, who was staying with us and sleeping on the coach, wouldn't have to worry about knocking it over.

I tipped it over the edge, and it crashed -- a billion blue glass splinters eclipsing the kitchen floor.

My heart imploded and became a dying white dwarf in the cold, vacuous night. It wasn't just the sentimental value of the gift itself: the gift itself represented an emotionally volatile period of time for me. The breaking was a mixed metaphor of closure and emotional oblivion.

But I moved on, because that's what we do (or try to do). No way to fix it otherwise.

That was years ago, a long time before Beatrice and Bryce.

Last week, as Bea played with one of her (latest) favorite things, a ceramic little boy on a rocking horse, she dropped it and the boy's head broke off.

At first, her reaction was limited but normal. "Uh, oh. Broke!"

But then, after a little time went by, the consequence of what had happened really began to work her over emotionally, no matter how many times we told her it was an accident.

Tears streamed down her red face as she cried and howled, "Broke horse! Fix it! Broke! Fix it!"

It's as if, as much as she could understand in her less than three-year-old mind, the breaking caused irreparable damage to the very DNA of her soul.

A little over-dramatic? Maybe, but you wouldn't think that watching her (or your own children).

We told her daddy would fix it, that it wasn't her fault, and then --

In that moment I tried to reconstruct the billions of little blue glass bits with the foreknowledge of the many broken moments to come for both Bryce and Bea, and the many that had come before for Mama and me.

Which was almost a bit too much for me.

At least we hope we do.

Happy Easter and all the hope that comes with it.

The Human Race in Santa Cruz

The Human Race is nationwide community fundraising event for nonprofits and schools on May 7, 2011. And while corporate profits are higher than they've been before the global economic meltdown, many non-profits are on the brink of bankruptcy.

The Human Race is about the helping and healing journey for these nonprofits and what it takes to get there. One collaborative step at a time.

I didn't participate last year, but the year before Mama, Bea and me did. The entire B-hive will be with me this year (unless Bryce is napping, but hey, she's only 8 months old).

For those who know me and read my blog, you know my personal mission is to increase the awareness and prevention of intimate partner violence (domestic violence).

So this year my participation in the Santa Cruz Human Race is all about raising a little money and awareness for the Walnut Avenue Women's Center where I volunteer as a child advocate.

The Walnut Avenue Women's Center is a 501(c)3 public benefit organization dedicated to improving the quality of life for women, children, and families in the local community for over 75 years. Through interactive, supportive programs, WAWC seeks to improve the economic, physical, and emotional well being of all families in Santa Cruz County.

If you'd like to sponsor me, I would greatly appreciate it. If not, think about supporting your local family services centers.

Because until we get the partner violence under control, if we ever can, the abused parent and their children will always need a safe place to go.

It would be nice if that were home.

You can support the center by going to my Human Race page.

That was the order this last week, but sometimes you really want to play life in reverse. For kicks and giggles I mean, the need for familial comedy relief.

Friday evening slapped us across the face, Mama in particular, which then prompted the need to vent after a long stressful week of mixed-bag sleep and bloodshot Bryce.

The girls were being cranky pills and so I let Mama vent without incident, but when I had to give Bryce a dose of children's liquid Tylenol for intense teething pain, I gave her a syringe full of it -- the toddler size, not the baby size.

Then we both screamed about what to do next, frustrated and exhausted. Not really the time to discuss keeping emotional intelligence on high. Thankfully, after consulting poison control, were told that Bryce would be fine.

And then so were we. Amen. We need a drink. Thank you. No more B-hive drama (for now). 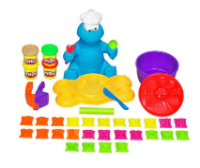 Take a step back this week and Mama bought Beatrice a Cookie Monster Play-Doh food thingie-ma-bob and immediately it was a hit. She instantly explored all the moving parts and played with it while Mama helped her create Play-Doh food stuffs.

However, when making Play-Doh French fries for a toddler, remind them that it's Play-Doh. Before you make them.

So it was bath business as usual earlier this week with Mama and the B-hive splashing away together in warm, bubbly water.

When the B-hive baths are in play, I'm usually downstairs on the computer, waiting for Mama to call me up to help get the water-logged B's out.

This week was no exception, until the intense inflection in Mama's voice when I heard: 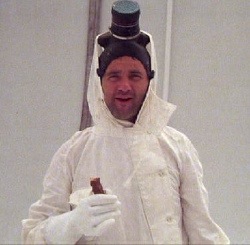 Oh mercy did that make me laugh. The Caddyshack Baby Ruth in the pool scene came to mind; if I would've had milk in my mouth...

"Daddy! Help! I have Bryce poop in my hand! Hurry!"

God, did I laugh. I could barely make it up the stairs. And when I finally arrived at the bath scene, It was comedic chaos with poop everywhere and then a good hosing down for everyone.

The pool is closed indefinitely. Laughter is indeed the best medicine.

Hope you're all having a great weekend! Enjoy every moment, even the poopy ones.

Email ThisBlogThis!Share to TwitterShare to FacebookShare to Pinterest
Links to this post
Labels: parenting, play doh, poop in the bathtub, teething, venting

The act itself sure makes for empathic bookends

You know what hope is?
Hope is a bastard
Hope is a liar
A cheat and a tease
Hope comes near you?
Kick it's backside
Got no place in days like these… 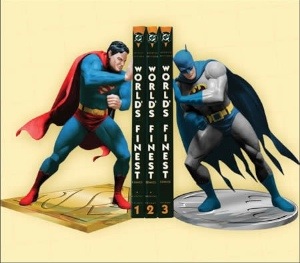 He never read to us.

At least, I have no memory of hearing stories fall from his tobacco-stained lips, for me or for my sister. And if there were any, ever, they've long since faded like print on the yellowed page.

No, my father never read to us when we were children. He was never the bookish type, and the few times I saw him beyond the divorce, my bookishness was always a joke to him.

My mom read to us, though. A lot. That's what got me hooked on books. An addiction I embrace to this day in the middle age of young fatherhood.

We read to Beatrice while she still was still in the Mama and then kept the practice alive beyond the womb and then back again with Bryce.

The Mama and I both are avid readers, from the printed page to e-book, so it's hard for me to imagine those who aren't, especially with their children. And there are a lot. No judgement other than it's so important for learning and language development and for reinforcing the imagination's synaptical backstops.

You know, the magical ability to adapt when the balls are comin' too fast. Or when your mom's being thrown against it. Or you. Agaist the wall. Againt the floor. Or the door.

Seriously. The little boys I watch at the women's center have lived in varying levels of domestic violence, just as my sister and I did when we were children. This week I read them books and they were riveted, leaning against me on either side as well as scrambling for my lap.

This from rough-and-tumble boys, who although are fairly well-adjusted considering their circumstances, are still boys who are loud and break stuff and are angry and frustrated and I bet, at times, think hope is a liar, a cheat and a tease.

Until they were read to.

Now, I'm not saying that reading alone is the simple antidote that reverses a destructive environment, but the repetitive act itself sure makes for empathic bookends.

We could use a lot more of those.

The Mama's a baby/toddler repair kit. The Daddy? Well... 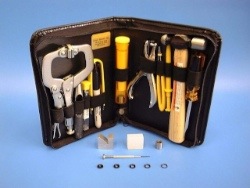 Nails too long? The Mama trims them up.

Hair too frizzy? The Mama trims it off.

Rashes break out? The Mama comes with lotions and potions.

Teething? The Mama brings on the soothing.

Snotty nose? The Mama wipes it off.

Feverish? The Mama has a cool washcloth.

Diaper rash? The Mama has the bottom cream.

Can't sleep? The Mama tickles the arms and makes it better.

Bonked head and skinned knees? The Mama has the kisses and hugs.

The Daddy has a cold? The Mama makes it all better.

The baby keeps the Mama up at night? The Mama keeps it all together.

Yeah, so what about the Daddy? Well, he's like a baby/toddler cuddly bear play thing.

Oh, and cuddly vulture as well. You know, when the toddler won't eat all the "adult" food on her plate, the Daddy swoops in and polishes it off.

Hey, I like to eat. Waste not, want not. 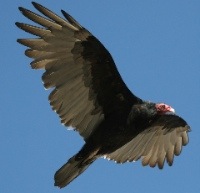