This Day After Christmas

"When someone breaks their heart, we have to wash it to fix it." -- Bryce Grossman Mom raised the broom over her head and crashed the handle through the window. We froze; the breaking glass should have been louder than it was, but instead sounded as if it were inside a pillow. My sister and I stood behind her, straining to hear anything else around us, hoping that no one heard.

Especially him. But he was at work over 30 minutes away, and I kept reminding myself of that hopeful fact while Mom cleared the jagged glass away from the window frame. It was early afternoon and not too hot yet, especially since we were on the shaded side of the house. I wondered if the older neighbors next to us were home, and if we ran into trouble, would they call for help.

"Okay, honey," Mom whispered to my sister. "You're the only one who can fit through the window. Once you get inside, go open up the front door for us. Be quick about it, too."

He had already changed the door locks, which wasn't a big surprise to us, and Mom had anticipated that we'd have to break in. I couldn't even begin to fathom how much fear coursed through my sister at that very moment. But even if it pulsed through her little heart as it did mine, she didn't show it. Mom laid an old towel over the bottom of the window frame and then hiked my sister up through the window.

"I love you, honey. Just go straight to the door and open it."

And that's exactly what she did. Before going inside, I turned quickly to see if anyone on our street was watching, but all was quiet. Once inside it felt darker than I remembered just a few days prior, the air heavy and stale. It pressed in on us from every direction, changing atmospheres with every step.

Mom handed us each a trash bag. "We have to be quick about this, so look for anything we missed and put it in your bag. Take only what you can carry and then we're leaving."

The house was immaculately clean, which was unsettling considering how much of a mess it was only a few days earlier as we moved our stuff out with five officers in the driveway ensuring our safety. One of those officers was the man I'd eventually call Dad, and it took every single ounce of his police professionalism to remain calm while the crazy one shouted horrible obscenities at Mom. My "almost dad" knew just as his fellow officers knew there was nothing they could do, except keep us safe.

I opened the refrigerator and gazed inside. There was really nothing I wanted, considering we were never allowed anything more than bologna for sandwiches, mustard and Miracle Whip. We hadn't starved living with him, but we weren't allowed anything more than a few staples most of the time. Bologna has very few creative variations and I had experimented with all of them. I actually smiled for a minute.

But then a car drove by and again the wildfires of constant fear returned. I imagined that, as soon as I closed the refrigerator and turned around, he'd be standing there holding a gun and smiling his crazy smile, the same gun he'd pointed at Mom many times before. He'd already tried to kill her, more than once, including poisoning her, and he'd already abused me more than once, my sister absorbing it all like furniture nailed to the floor in a perpetually flooded room.

He wasn't there, though. Only Mom and my sister, full trash bags in hand.

And for the most part, we were. Bryce is right, although the washing can take decades, which is why the Mama and I thankfully have some control over the "heartbreaking," at least until both girls are on their own as young adults.

This day after Christmas I again remember and renew my vow to help educate and end domestic violence and sexual abuse. A nice thought if we could ever get there, but at least we can try. This holiday season, the next time you’re in a room with 6 people, think about the following (according to statistics compiled by NOMORE.org):


Help give a voice to those who can't find their own, so that maybe someday the most wonderful time of the year will be everyday.

Posted by KevinWGrossman at 7:49 AM 0 comments

"There's been trials and tribulations
You know I've had my share
But I've climbed the mountain, I've crossed the river
And I'm almost there…"

—"Almost There" lyrics, Princess and the Frog 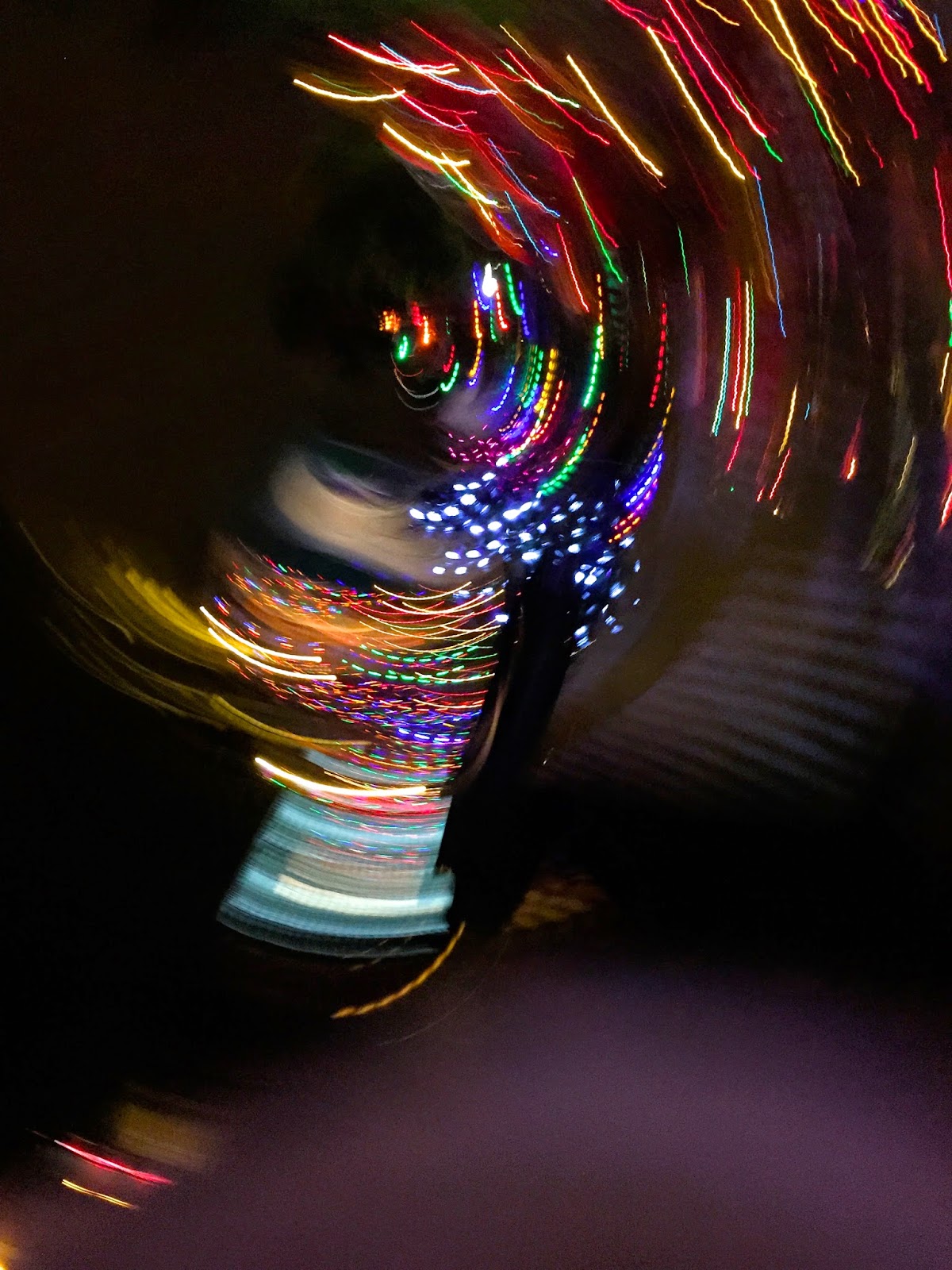 Isn't that always the way it is? You've worked hard all year and you're finally on the verge of success, or maybe ultimate glory, or maybe partial nirvana, or maybe incremental awareness, or maybe you turned a blind corner blindly...

Life is like that -- sets of disparate swirling scatter plots, loosely correlated and connected in a vast universe that sometimes feels really small, accessible and attainable; while other times it, does, not.

But now that I've lived nearly half a century, fairly unscathed by violence or mayhem (except as a child and that which is emotionally self-inflicted as an adult), and surviving multiple economic swings -- everyday is a series of scatter plots, infinitesimally intimate mulit-colored actions and reactions that take the shape of moving pictures like "Dear Diary" flip books.

And we do love collecting flip books, don't we. Especially at Christmastime, when reflecting on this year and years past ups and downs, always heres and almost theres is the perennial pastime.

My "almost theres" are the three points of bright light that keep me moving and loving, hopeful and happy. 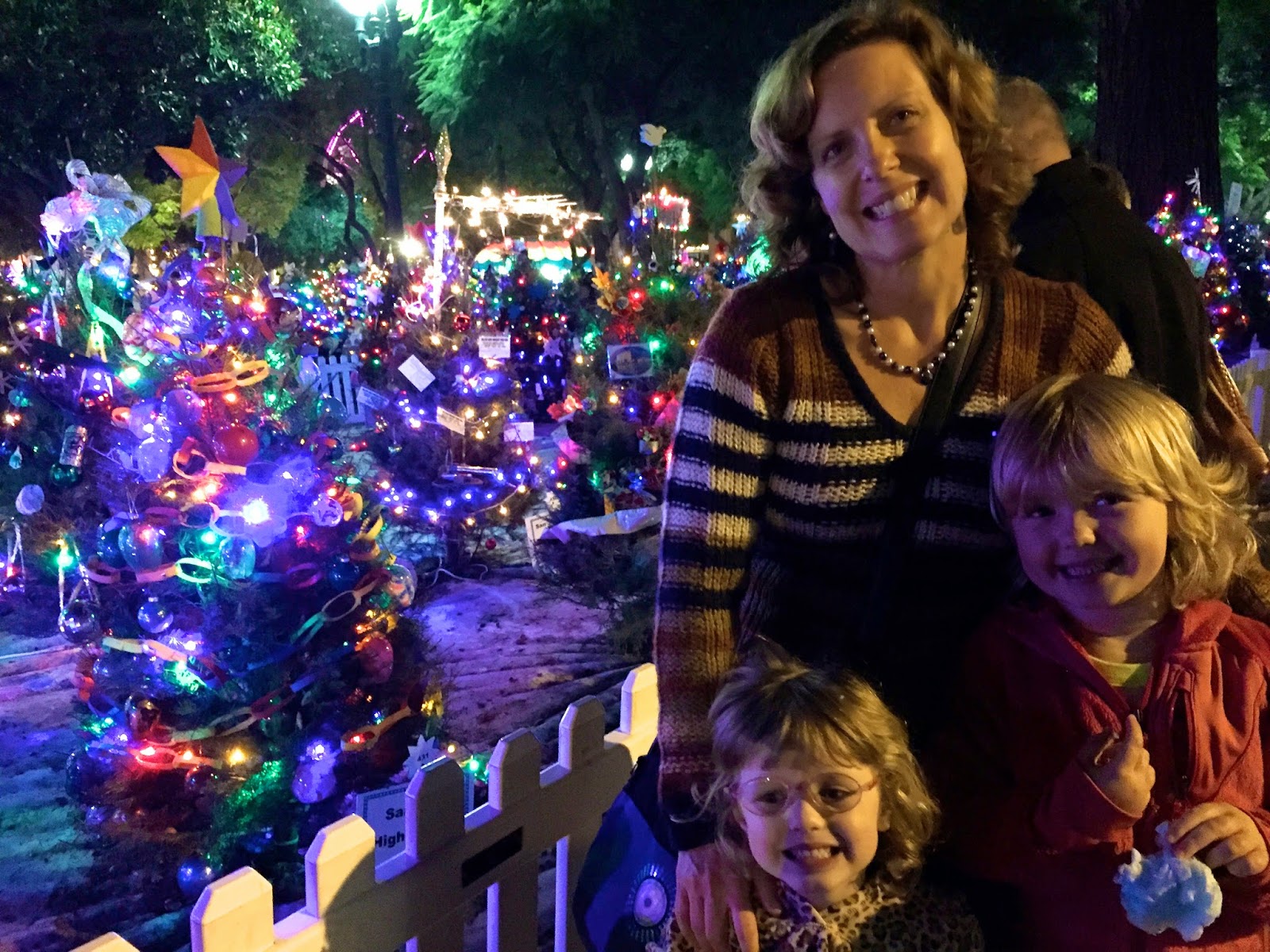 Posted by KevinWGrossman at 7:33 AM 0 comments

Merry Christmas from the B-hive

Merry Christmas and a Happy New Year from the B-hive!!!


Posted by KevinWGrossman at 3:13 PM 0 comments

Does anyone have a hurt or hurt feelings?


And so it begins, innocent as it was. One of Beatrice's friends and classmates smirked when she heard her last name.

"Your name is gross?"

Her friend laughed. And then they both moved on to other little girl playtime. Beatrice didn't get it; she was literally all about her last name and how to say it, not knowing what "gross" meant. Yet. We worry because Beatrice may always be more naive than her classmates, and the eventual fallout to come once she realizes that someone is really trying to hurt her could be devastating.

Again, this time it was innocent enough, but the ramifications of future hurt feelings are more and more evident as she, and her little sister, get older.

Yes, that's life when we're growing up, and they'll need to go through the hurt and the happy, the sporadic bad times and the sometimes fleeting good, no matter how much we want to protect them. Yes, they'll have to learn how to be resilient, to adapt and to overcome.

We're still on the front end of awareness, of them flailing about because someone was purposely being mean to them, supposed friend or not. But that'll come soon enough. It always does.

In the meantime, let the children play, right? Hey, the doctor is in anyway. Funny how what we grew up with is new again to our girls. A Charlie Brown Christmas has become a big hit in our house, and although the girls only have a vague awareness of how Charlie Brown is treated, they got it enough to know how Dr. Lucy was trying to help Charlie Brown. Kind of.

Does anyone have a hurt or hurt feelings? Dr. Bryce is in. Posted by KevinWGrossman at 7:19 AM 0 comments