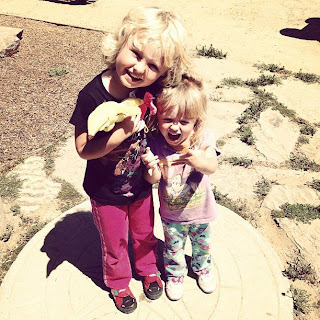 Two B's in a pod indeed.

One tastes of vanilla ice cream, while the other, cayenne pepper.

Together they're quite the tasty kick, a symbiotic flavor swirl.

And so continues the divergence of Bea and Bryce, loving sisters just under two years apart.

Both will be in school starting this year; it doesn't go as fast as you think when you control the film speed, like watching two flowers bloom real-time.

Conversely, however, you blink, and boom -- they've bloomed -- their vanilla and cayenne pepper pollen filling every room (as well as they shrieks of joy turned rough-housing turned into yelps of crying jags that drive us all nutso; parents are allergic to this kind of behavior, you know).

We sneeze a lot here, even the stalwart Nonna, and celebrating back-to-back birthdays makes this a very special time of the year, replete with laughter and crying jags galore. It's also the heart of our summer here in Santa Cruz, and they days feel longer even when they're actually getting shorter.

And these days extend into preschool and pre-K time for the B-hive. I attended their school orientation as I've done for the past two years (giving the Mama a break since she's much more involved throughout the school year, working in the class and volunteering). This is where they'll go to grade school, so the "preschool" program has been quite invaluable.

The school cafeteria was a-buzz with teachers and aids explaining all the in and outs for the school year, and with parents participating excitedly (mostly moms, but there were three other dads). While the teachers expressed their joy to having both our girls this year (and thankfully Bryce's eyes seem to be correcting and Bea has come a long way), I did warn them that while Beatrice remains a sweetie:

We all laughed and I added:

Plus, she flies a mean dragon. (The flavor swirls leave a long-tail of memory.)

Happy Labor Day and Back to School, Kids! 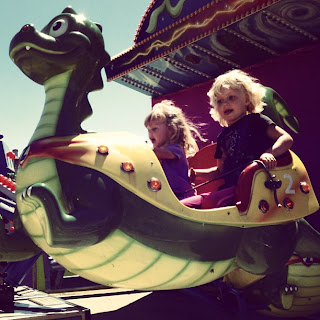