I'm exhausted. I never imagined that community service would take such an emotional toll. Even after serving on the Santa Cruz Commission for the Prevention of Violence Against Women (CPVAW) for nearly three years, and now being its chair, my involvement in the past three weeks has eclipsed anything I ever imagined this work would entail.

Yes, I'm naive. Especially when it comes to the local politics that have now completely consumed the results from an independent investigation into allegations of sexism, bullying and harassment made by five women against two Santa Cruz councilmembers. Two complaints were substantiated, multiple others were unsubstantiated (but not unfounded), which still indicated a pervasive pattern of harassment and disrespectful behavior for all the victims.

And yet, none of that really matters. This is about the victims. This is why I do this work. Those who are brave enough to come forward share their stories and who long for healing and justice. Those who have endured weeks, months and years of all kinds of abuse. How I respond to it all this does matter, but not the fact that I'm tired and stressed about it all, because this isn't about me in the first place. I chose this and took a leadership position to help shepherd corrective change. It's like I've taken a pressure washer to my very soul and blasted away the years of biased emotional rust. Not all the bias, that's tough to do, but enough to understand my current convictions that connect me to my childhood of domestic violence and sexual abuse and back again.

Our president has been accused of rape, sexual assault and sexual harassment by at least 24 women. He's retaliated against many of these women, threatening to sue them or insulting them. The president himself has admitted, on the now infamous “Access Hollywood” tape, that he forces himself on women. And yet, many of his conservative supporters, including Republican congressman and evangelical Christians, are doubling down on his denial. That this is all politically motivated and that the victims are lying.

Our two local city councilmembers referenced above have consistently stated they didn't do anything wrong after 5 women came forward. One of the men, who's white, said he's sorry, that he was misunderstood. The other, who's black, said the reaction of "fragile white women" is one of systemic racism, that their reaction of feeling disrespected and harassed was their fault, not his. And yet, many of their progressively liberal supporters are doubling down on their denial. That this is all politically motivated and that the victims are lying.

Of course, the above two examples aren't the same. They are, however, two sides of the same coin; the same problem we see around the world. That this is about male power and control, patriarchy, and anyone who challenges that status quo, who challenges rape culture -- a society or environment whose prevailing social attitudes have the effect of normalizing or trivializing sexual assault and abuse -- is immediately minimized, trivialized, shamed, blamed and not believed. I was raised in this culture and it's been an eye-opening journey to get to where I'm at today, raising two young girls with my wife.

I cannot speak to what it's like being a person of color and the racism that is still pervasive today, but I can speak to being a victim of sexual abuse and domestic violence, and how they can be shamed and blamed. Which is why, when victims come forward, I have to start by believing, because the research is clear about the prevalence of false allegations around harassment, domestic violence and sexual assault -- it's between 2% and 10%. But even with this small incidence, it's the real victims, those who have actually been harassed and/or assaulted, have the much longer road to healing, if they ever truly can. They're also the ones who are in fear of reporting what happened, due to the way we victimize the victims, like what I witnessed at our last city council meeting. If more came forward, then most likely it would reduce the percentage of false allegations overall. It's takes a lot of courage to come forward and say that you've been harassed or assaulted, for women and men alike.

When victims come forward, we have to believe. Especially when any allegations are proven, those who have abused need to be held accountable. To not do so perpetuates patriarchy, power and control, and victims will not come forward, and harassment, disrespectful workplace behavior, domestic violence, sexual assault, rape and yes, murder, will go on and on.

Societal change is hard. We just finished our second annual awareness and prevention symposium called Transforming Together where we invited the entire Santa Cruz community -- women, men, and gender non-conforming citizens -- to come together in a collective effort to generate awareness and help prevent sexual harassment, domestic and intimate partner violence, sexual assault and rape, and respond more effectively when they do occur.

There are some amazing people in our community working to end sexual assault, sexual harassment and domestic violence. They are providing support services and healing resources for victims who come forward, and push for accountability of those accused of abuse. And now there's an ever-increasing focus on continuous awareness and primary prevention programs that start with healthy relationships, better communication skills, boundary setting and more. Programs that can also help prevent these issues before they start. This will be a big focus of our commission work going forward.

For those who have been bullied, harassed, abused, assaulted or worse, I hear you, I see you and I start by believing.

We all deserve to be safe. We can all help stop it before it starts. Men have to be part of the solution.

That is my birthday wish. That is what I'm fighting for.
Posted by KevinWGrossman at 9:54 AM 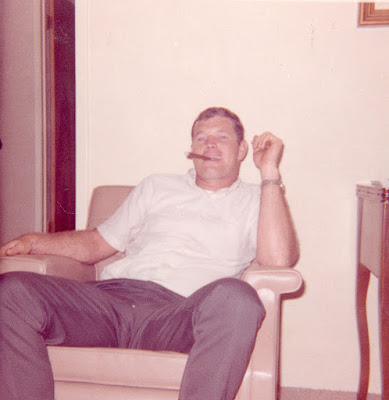