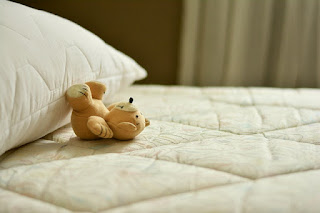 It was the first sleepover for us. Well, kind of.

At least I framed it that way for the girls, and my youngest, Bryce, had something to say about that.

"No Daddy, it wasn't a sleepover. They didn't sleep in our room with us."

"Well, okay, but it was still a sleepover. They all slept out in the guest room last night, and before that we had pizza after going to the Boardwalk, and pancakes this morning," I said.

Beatrice chimed in. "No, Daddy, having our cousin here was the first sleepover." (Which had been the case many times already.)

I shook my head. "No, family doesn't really count when it comes to sleepovers."

Yep, splitting rites-of-passage hairs here, but it still sounded fun that it could've been a maybe first sleepover. Like one with training wheels. The girls have asked more than once to have a sleepover with their friends from school, but we're not ready for the real friends-in-the-same-room-all-night-shrieking-and-laughing-without-any-sleep ones yet.

The reality was that Troy, my best friend from college, brought his three kids down to see us, all of whom are close to the age of our girls, and it had been at least two years since we had seen them all. A TKE fraternity brother, a diehard Oakland Raiders and a Rush (the band) fan as well, we've kept our friendship tethered by our witty (and silly) text banter. He's an airline pilot and always on the road, so we don't talk much and/or see each other as much as we used to -- all those college years and Rush rock concerts ago.

And like my friends from over four decades ago, Troy is also now a man of a consequential age. We've known each other for just over 30 years, and since college, damn if we haven't seen our own share of falling outs, falling downs and heartbreaks with just enough silver linings to keep us bound to one another through it all.

And to keep the levity flowing by repeating personal catch phrases that no one else in the world understands, especially our own children.

Those were the more innocuous ones. There are others. There will always be others.

So after me saying the "Troy, Troy, Troy" multiple times, followed by some obscure reference, Beatrice asked me:

"Daddy, why are you making fun of your friend?"

"I'm not making fun of him, Sweetie. I love him; he's my friend. It's just something we've done for a long, long time."

And then I thought, There are stories behind the catch phrases, Sweetie. So many stories. I hope you and your sister will have lifelong friends like this. In fact, the good news is that, statistically speaking, you will.

We gave my friend and his kids hugs and sent them on their way. I hoped we'd have another sleepover sooner than later. You know, like most grown men friends and fathers do.


And we're okay with that. 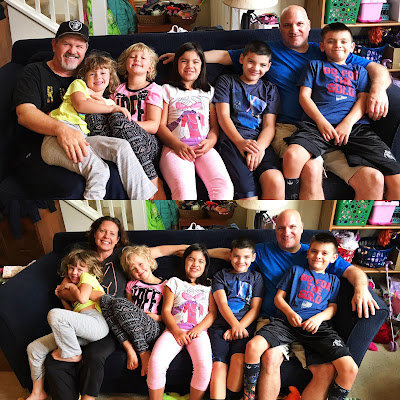 Posted by KevinWGrossman at 4:02 PM