Men of a Consequential Age 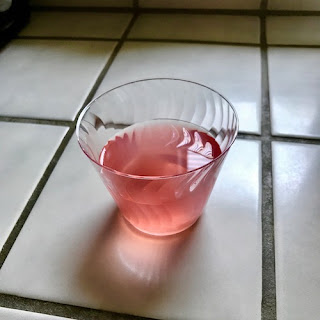 When we first arrived, I didn't think much about it. It bugged me a little, but I didn't speak up then, the fact that one of my best friends from four decades ago and then some, who I hadn't talked much with for the past 21 years, had gotten out of the car and greeted another mutual friend with multiple expletives.

It was again our annual trek to Chico to see another mutual best friend, one who had broken his neck during a swim meet way back in our senior year of high school. Everyone had already arrived and we were the last three to get there. I unloaded my stuff from the car and noticed Robby's neighbor standing in his yard, since I had to parking partly in front of his house, and I was sure he heard the F-bombs being dropped during the affectionate greeting.

In all fairness he wasn't the only one cursing. Every year when we get together we catch up and talk about our lives and the world around us and always make it a priority to congregate and elevate our connected spirits.

Yes, we're a lot older and supposedly more mature, having somewhat successful professional lives, and half of us having families and children of varying ages, but of course we're not too mature to completely devolve into our ranting, cursing, snorting, pig-like beings of old.

C'mon, give us a break, right? We love each other.
When you've been friends for over 40 years, there's a lot emotional crap that has transpired within our ranks. There are moments like Robby's accident that altered all our worlds dramatically, that forever bound us together, our lives and futures inextricably linked in a lifetime of friendship, always laced with happy silver linings and much needed laughter.

And for guys to stay friends as long as we have, even when some of us had a falling out for a time, that's something to celebrate with beer, fist bumps and F-bombs.

Now back to the latest visit -- after an hour or so I went outside to unload some more of my stuff for the weekend and in front of my friend's neighbor's house sat two little girls in front of a lemonade stand. A pretty decent one for that matter. They were both around my girls ages and they called out to me to buy a glass.

"Do you want to buy some lemonade?"

It's really hot in Chico California during the summertime, and this day was no exception. It was at least 96 degrees outside.

I walked over to the lemonade stand and said, "How much?"

One of the girls said, "Twenty-five cents."

"Wow, that's a great deal. You should be charging more."

I could see them thinking about that, and then one said, "Well, we've already made some money, and twenty-five cents is the going rate you know."

I could see about five quarters nestled neatly in the bottom of one of the plastic cups they served their pink lemonade in.

"Thank you, this is delicious," I said after taking a sip.

"You're welcome," one of the girls answered. "Thank you."

I went back to Robby's house and set the lemonade on the counter. It wasn't until the next morning I realized I hadn't finished it (it was actually really good). I also realized I needed to ask the guys to please keep it down when we were outside together in the backyard and to watch the cursing. Again, half of our group are father's with grown children as well as younger children like mine. Just like the two girls at the lemonade stand.

We are men of a consequential age, and although I have no qualms about the levity we share and the inappropriateness of some of it in the context of our pasts and the present, what we share doesn't need to spill out over the neighbor's fence to the ears of young children, especially little girls. My friends agreed, of course.

Because we're trying to be the good guys, we really are, and unfortunately today more than ever a toxic incivility abounds everywhere we go, one that has seeped into our societal ground water and continues to poison future generations. Too many hateful people think they can and should be able to do whatever they want regardless of race and/or gender and/or socio-economic status and/or political affiliation, spouting hate and untruths and running people down in the streets like what happened with the protests in Virginia, all during the weekend my friends and I spent together.

I love these guys, my friends, I really do, and we have a responsibility to our boys and girls and others younger and older to understand personal responsibility, consequence and empathy. We are men of a consequential age, and our friendship is telling of the healing bonds that can be.

Posted by KevinWGrossman at 9:42 AM